The Murphy Automotive Group proudly serves North Augusta, GA, and the Beech Island and Augusta communities. We’re more than just a dealership; we’re a part of your community. That’s why we honor Aiken County’s Teacher of the Year by donating a brand new car. Plus, we recently gave away a vehicle in a random drawing during Bob’s Big Giveaway. We’ve also had the privilege of working with the Salvation Army’s Center of Hope and the United Way to help aid in their work of providing for those in need.

Teacher of the Year

Murphy Automotive gladly works to support the community through a number of ways. Recently we had the privilege of working with the Salvation Army’s Center of Hope and the United Way to help aid in their work of providing for those from this community who are in need.

Who doesn’t want a free car? One lucky customer got just that during the Bob’s Big Giveaway event. Our valued customer received a new 2017 Nissan Versa five-speed sedan, but all contestants enjoyed a cookout at our Miracle Nissan of Augusta store.

At Murphy Automotive, we’re a family. That’s why we enjoy getting our cleats a little dirty and spending time with one another.

In 2022, Post 192 Evans Stripers won the Dept. of GA state championship while wearing the uniform sponsored by Murphy Auto Group. The Post 192 Senior (19U) baseball team advanced to the Southeast (SE) Regional tournament against FL, SC, NC, KY, & TN. Also, Post 192 was able to add a 3rd team, 13-15U because of companies like Murphy Auto Group. American Legion baseball is not funded by the American Legion - it needs & depends upon support from the local community. Post 192 baseball players attend local HS from Sandersville, GA to Aiken, SC. 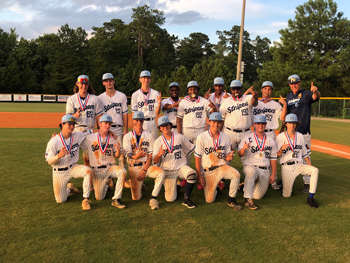